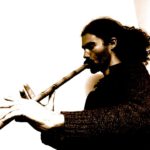 Nathan Daems is a Brussels based musician who is proficient in the nuances of jazz and has knowledge and experience in several “oriental” genres. He is driven by the longing to dive into the emotional depth of Balkan music, middle eastern & Indian music. Today he excels in combining esoteric oriental vocabulary & melancholy with the improvisational earthbound power of afro grooves and jazz. 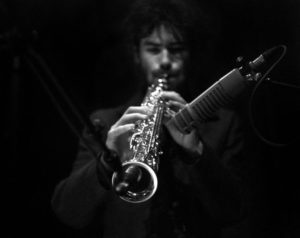 Nathan Daems begins living with music at the age of two, when his mother and him play the violin together following the Suzuki method. At the age of ten, he chooses his instrument, the alto saxophone. However, the teacher and the teaching system in Belgium leave his musical hunger dissatisfied and at one point he is fed up playing the saxophone. But his obsession with music cannot be harmed and he turns to studying classical & electric guitar giving rise to his first band, playing rock music. In the beginning of his twenties he rediscovers the saxophone and now that he can pursue his tastes and talents in a self-determined way, his live career immediately begins to blossom.

After his first jazz band, the Nathan Daems Quintet, he initiates BLACK FLOWER, a project that gained international reputation with five full albums (Ethio & world Jazz) and with the collaboration with The Gaslamp Killer & Meskerem Mees. This is the band where Nathan`s compositions found their true home. Among their faithful admirers are The Gaslamp Killer, LEFTO, Alabaster dePlume and  Gilles Peterson (BBC) who has praised the band and their releases several times as “brilliant” on his weekly BBC radio show. Black Flower has been since its first album in high rotation on FIP radio (all French speaking countries). 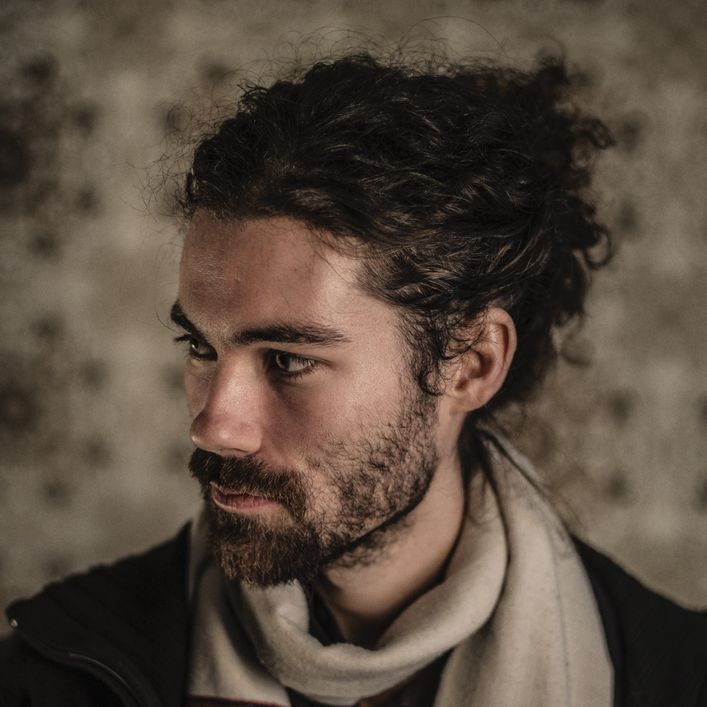 Nathan’s third project is Trance Plantations. An electro-acoustic duo with multi instrumentalist Falk Schrauwen. Being both oriented towards trance music or spiritual music from all over the globe Falk and Nathan want to paint new colors with the most important parameter of music: sound, sound color or texture. The trio collaborated as well with Danalogue & Betamax from The Comet is Coming and Soccer96.

Composition is certainly one of Nathan’s favorite disciplines. When an idea takes hold of him, it won’t let go anymore until it is developed and written out, and played and arranged in the specific group that it is meant for, until now twice also for movie soundtracks. Thank God it’s Friday (Jan Beddegenoodts), a documentary, set in a small Palestinian village on the West Bank and the Palestinian movie Love, Theft & other Entanglements (Muayad Alayan, Berlinale film festival 2015). 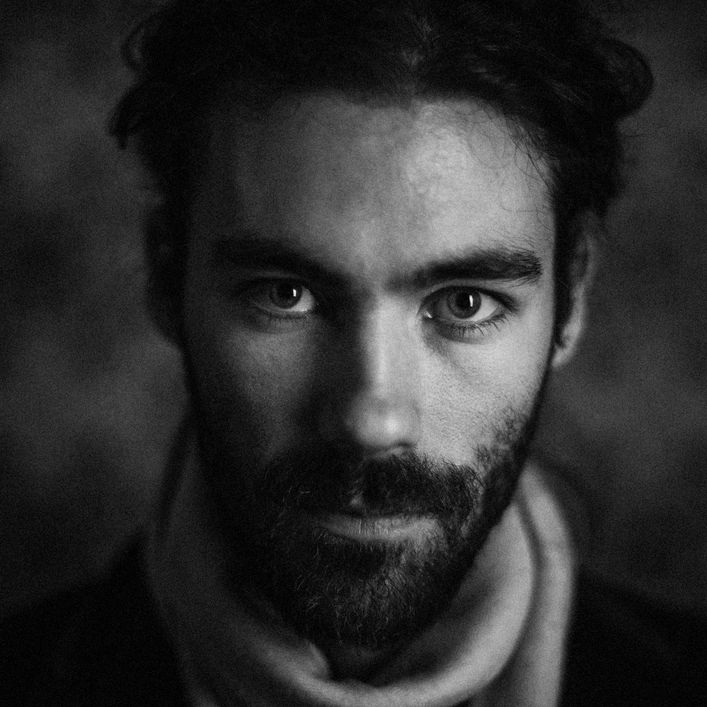 Meanwhile Nathan played as a regular side kick in numerous bands and projects, to name a few: Antwerp Gipsy Ska Orkestra (balkan fusion), Dijf Sanders (Indonesion Psychedelics), the cumbia band Maguaré, several projects with the eccentric genius composer Dick Van Der Harst… Nathan once was asked by two friends (Stavroz) to record a very long solo on their minimal house track, called “The Finishing”. It got more then 50 millions plays on Spotify, YouTube and SoundCloud together, with literally thousands of people commenting enthusiastically on the sax playing. Nowadays more and more projects and collaborations are happening, like the Balkan Jazzovic Quintet with musicians from Belgium and the Balkans, among who the truly legendary Bulgarian kaval player Theodosii Spassov, the trio with Asad Qizilbash (sarod) and Simon Leleux (percussion), the experimental meditation/concert concept called Floresta by Hans Beckers. Guest appearances on numerous recordings, the story doesn’t seem to be finished yet.

Nathan believes in an open mind, and in studying musical gem stones in this age of cultural encounter and exchange. Throughout the years, his jazz education in combination with his passion for authentic Oriental roots music from the Balkans, the Middle East, India, Brazil and West Africa, while being grounded in his occidental roots gradually gave him a recognisable and ever evolving voice, dialect and vocabulary. Several journeys and tours throughout the Orient, South America and of course Europe leave their old traces in his contemporary improvisations and compositions.